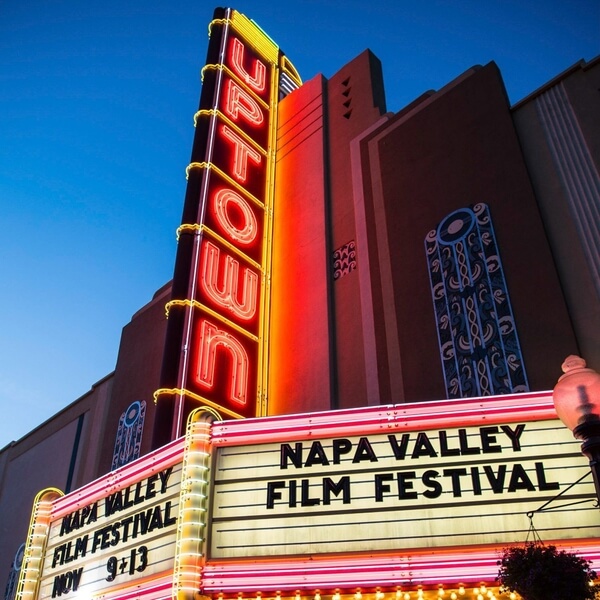 The Uptown Theater located in Napa, California at 1350 3rd St, is an entertainment venue with a lot of history and a lot of heart. Dating back to 1937, the building still stands under new ownership 82 long years later, even with famous California earthquakes that would try to tear it down. It’s a marvel of time and history, and on top of all that, it’s a remarkable piece of Napa history.

The theater was originally built expressly for the purpose of being a movie and live entertainment venue. The first film shown there was the romantic comedy “Ever Since Eve” on August 12, 1937. This film directed by Lloyd Bacon would the first of many movies and entertainers that would come to the Uptown Theater. Over the next 49 years, the theater would have to be divided not once, but twice to further accommodate its audience and keep up with the competitors.

However, by the 2000s, the famous theater would be forced to close, pushed out by increasing competition and falling attendance rates. It wasn’t long that the theater was closed, however, as soon the real estate developer and investor George Altamura would purchase the famous landmark, seeking to return it to its former glory. He teamed up with a group of other investors to restore the building’s iconic, art deco style and announced they would reopen the theater in 2003.

Among the things that were renovated during the repair of the venue was a new sound system installed by Meyer Sound Laboratories. As well, during the removal of old paint, renovators discovered a stunning Greco-Roman mural. This beautiful work of art was salvaged and restored by a team of professional artists brought in just for the task of saving the art piece.

A decade after the theater closed, the Uptown Theater was reopened on May 14, 2010. Hundreds of performers would return to the renovated location to perform in the now historic architecture. In 2014, the South Napa Earthquake took place, and although the building came out structurally unscathed, the ceiling suffered some cracks. It had to be closed once again for repairs, but was soon repaired and hosted Ziggy Marley as it’s first performer after the repairs finished in November of that same year. From the looks of it, the theater will be an iconic part of Napa for a long time to come.

Uptown Theater usually opens it’s doors for its first show of the night around 7 PM, with shows scheduled throughout the month, every month. It’s advised that you buy tickets for a show you want to see a few weeks in advance since they tend to sell out quickly. Uptown Theater is wheelchair friendly, however, they don’t allow service animals or pets to be brought into the theater. They also don’t allow food, drinks, or recording devices. The minimum age for a ticket holder is 12 years old. Children younger than that, including babies and infants, aren’t allowed. You would be well advised to keep those restrictions in mind before booking a ticket.

Getting to R&S Erection of Vallejo from Uptown Theater, Napa